Éric Joisel is a French artist well known for his canon of origami art done in the wet folding style. Born on November 15, 1956, Joisel began painting and sculpting at the age of 17 years. In 1983 he began practicing origami, and just 4 years later debuted his origami at Espace Japon in Paris, France. 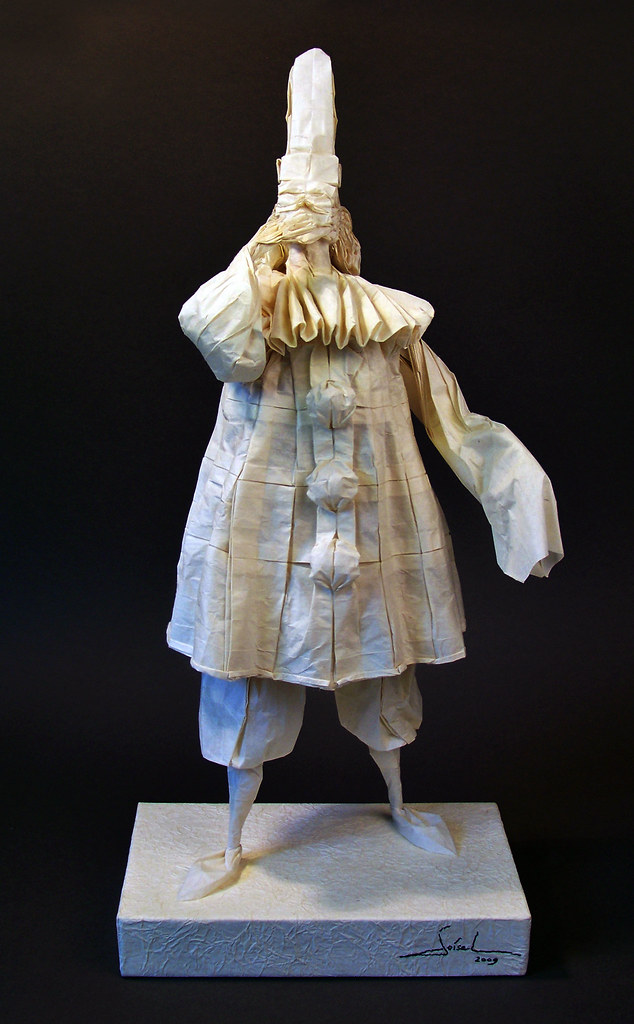 Pagliaccio ‘Laziness’ from the artist’s Commedia dell’Arte exhibition - Joisel was inspired by the 16th century theatre practice of commedia dell’Arte, the use of masks and specific costumes to depict play acted scenes more effectively, to depict Dante’s Seven Deadly Sins

After his debut in Paris, the artist exhibited new origami work each year until his death from lung cancer in October 2010. Throughout all his years as an origami artist, Joisel considered himself a professional in the art in 1992, and, today, is thought to be one of the global masters of modern day origami. During his lifetime Joisel was well known for his transparency of work, and like other well known artists, mostly painters, shared drafts of many of his works to demonstrate the evolution of an origami work of art. Upon his death, in his New York Times obituary, Joisel had instructed that it include instructions on how to duplicate his Rat origami sculpture.