Father and son mathematics and art collaborators, Erik and Martin Demaine have taken a strikingly unique approach to origami. As is often seen across the backgrounds of origami masters, both Erik and Martin are educated in math and science and happen to both work as professors at Massachusetts Institute of Technology. Their work is thought provoking while maintaining a lightness helping it to be approachable. In our opinion this family duet produces origami that is beautifully contemporary. We recommend beginning by reviewing their Nutrition Series and ShakespeaRED Series.

A cheeky compilation of the ancient art of origami and technology - we love how playful this piece is while retaining its utility as a scannable QR code. The original QR code is a circular image that becomes readable when the origami structures are unfolded. 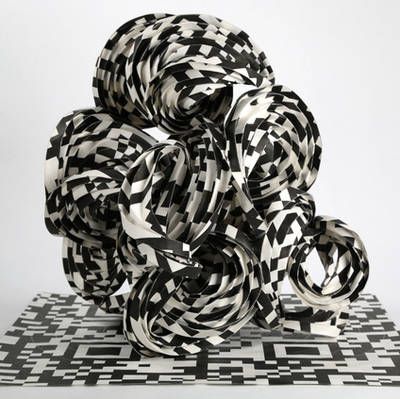