Miri Golan was born in Israel in 1965 and founded the Israeli Origami Center in 1993 where 45 specialist origami teachers instruct 10,000 children in the art of origami each week. We appreciate Golan for her commitment to the craft of origami and to sharing the craft with others around the world. 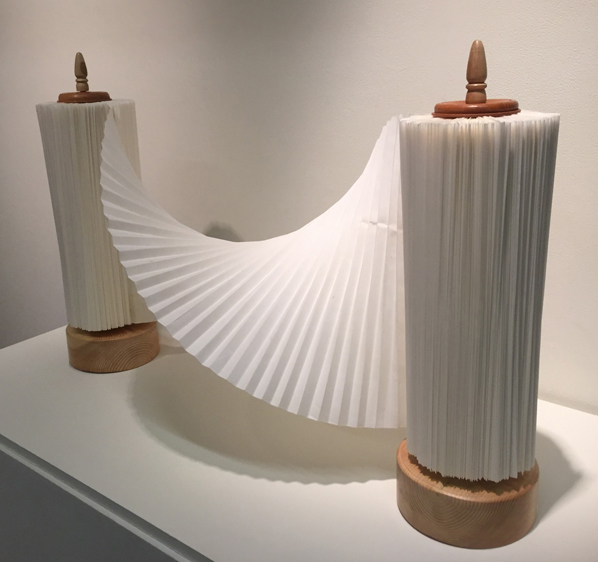 Peace activist, educator, and origami artist Miri Golan hopes to use her installations as a catalyst to unite people of different religious and cultural backgrounds. Many of her works use the book as a symbol of education, wisdom, and spirituality—ideas that can be used to help bring people on opposite sides of conflicts together. Her sculptures incorporate a variety of spiritual texts in unexpected ways and suggest that despite religious differences, people are fundamentally the same. Golan is the founder of Folding Together, an organization that encourages Israeli and Palestinian children and adults to fold paper forms as a team, turning origami into a collaborative expression of hope for a more peaceful world. Golan’s work represents the possibility for origami to be a platform for positive social change. 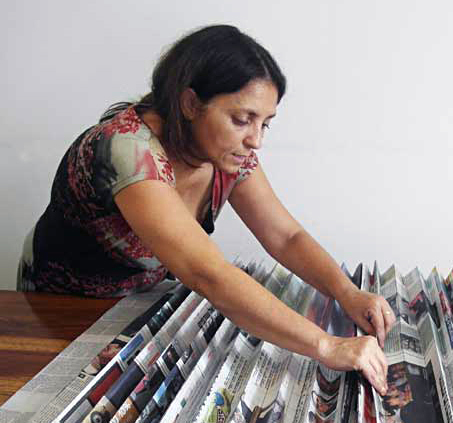