Colombian-born Juan Mejía’s work occupies an interesting terrain between intention and form. Always starkly minimal, but notably absent of the coldness that typifies the genre to some, Mejía’s pieces reflect his training as an architect in their playful approach to form and space.

The artist has worked in many mediums, from Sintra, a plasticine material from which he carves his recognizable “Signos” series, to rusted bronze, emblematic of his series of folded sculptures entitled “Origami”. 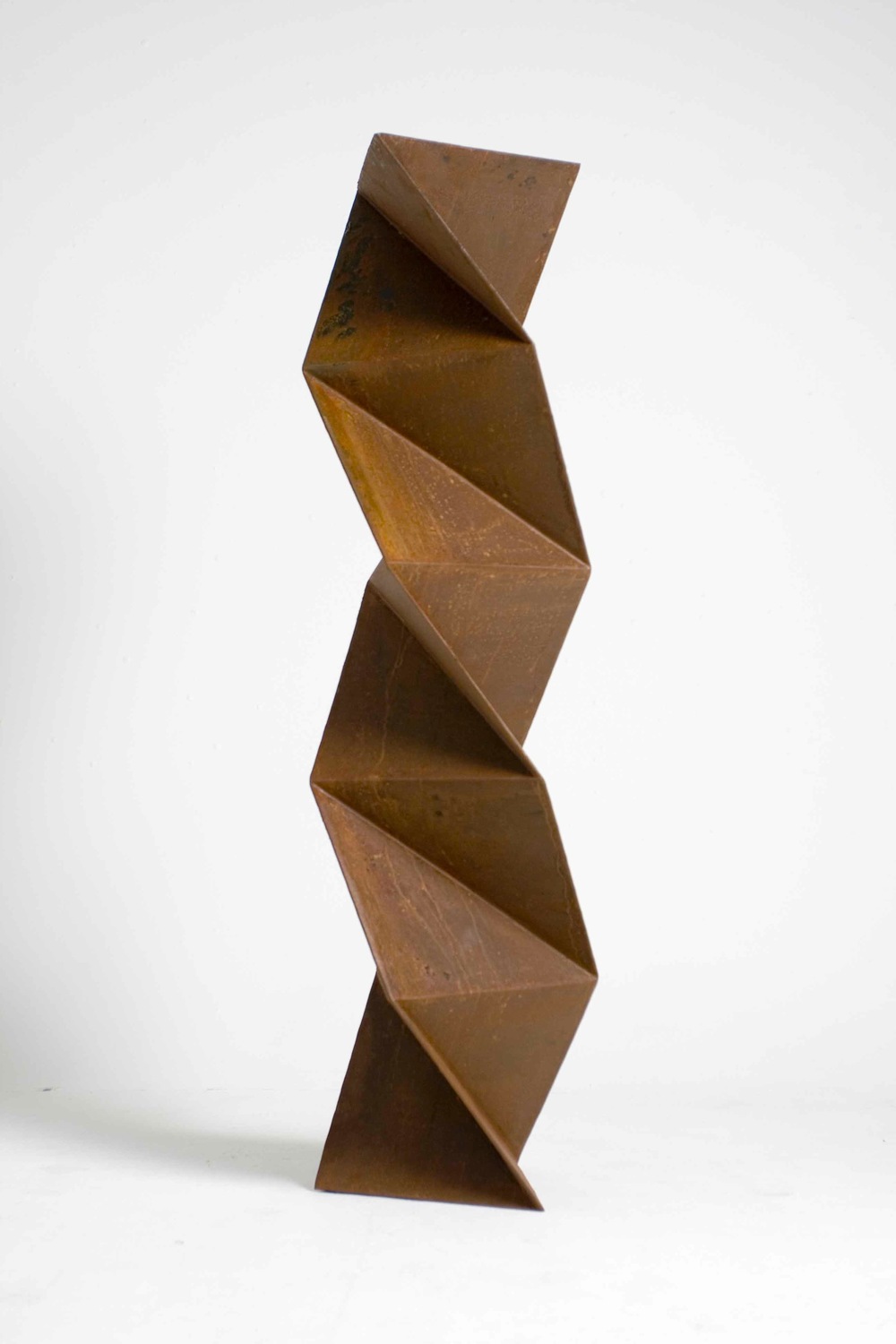 Below is an excerpt from Mejía’s artist statement that accompanied his recent “Polymorphisms” series:

“My sculptures furnish valuable elements of minimalist connotation. On the emphasis of securing a compositional balance, we find the limits of the pictorial language and the architectonic design. After the research in “Origami”, with the totems and folded pieces in iron, utilizing paper in “Light Boxes” first and a sheet of poly vinyl in “Subtle Spaces”, cuts and folds are implemented to cause alternating light and shadow effects, defining immaterial spaces that are always marked by the rigor of order and geometry.

These pieces are polymorphic structures which are originated from intentional lines, accents, rhythms and games of full and empty spaces on the original flat surface. They then become three-dimensional sculptural objects of grand finesse.”